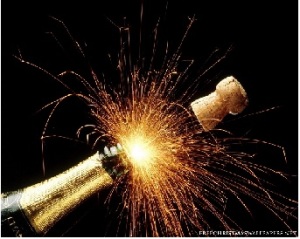 9.  The recession is still here despite the government’s claims that it’s not.  Aholes.

8.  Jessie James traded People’s “woman of the year” for a few f*cks in his office with a skanky white-supremacist ho.  I love Sandra Bullock and she is better off.  But I must note, that if a movie star can’t keep a man, I don’t know how I am supposed to…

7.  The Palin’s are fame whores.  Between “Dancing with the Stars” and that Alaska show, it’s no wonder they are good friends with the Gossling’s.  I am waiting for them to invite octomom on a camping trip.

6.  Elmo will have you kicked off of Sesame Street if you have breasts.  Kids are not allowed to know that woman have them, even if that woman is their idol Katy Perry.  Who has a pretty nice rack by the way.

5.  Women justices on the supreme court! Yay!  Everyone concerned that Kagan is gay.  Booooo!  I saw the softball picture.  BFD.  I played softball…she had a good batting stance in that pic.  That was my take away.

4.  The oil spill, the douche CEO who didn’t know anything about it, and the entire summer it took to clean up.  Please slap egg on face.

3.  Everyone wants a black baby from Africa.  Everyone.  Even Kim Kardashian is thinking about it.  I think someone told her they are accessories you wear around your neck. Dear Africa, please stop giving these precious bundles to just anyone.

2.  We are still at war….and I don’t even remember why.  Now Bidden is saying “By Hell or High Water” we will be out of the middle east by 2014.  Dear VP, I love that John Wayne attitude, but you are  full of shit.

1.  Prop 8 was finally overturned, Don’t Ask Don’t  Tell was deemed unconstitutional, and Johnny Weir wears heels better than I do.  I’m hoping these steps means America is getting over its weird fear of gays.  Get over it!