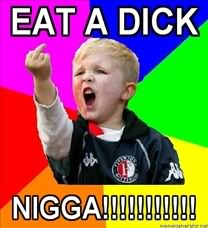 Two weeks ago I had to put my dog to “sleep.”  Cancer.  The type that is immune to treatment and sticks itself in places that are inoperable.  He was my soul.  He was the one I took with me when I left my husband five years ago.  I chucked that life to start a new one…just me and Maximus-my black French Bulldog.

His proud bat ears and stocky legs owned the sidewalks of the Lower East Side.  I even wrote about him for TheFrisky.com

A lot of my friends were really supportive, as were the special people in my writing group.  Even work colleagues, people I’ve known for a month, had my back.

So how is it that some of my oldest friends couldn’t find a way to give me a phone call? Or send a text?  It’s so disappointing to think that you gave support to someone who can’t seem to give it back to you.  I’ve pinpointed a few peeps in my crew as frenemies.

And all I have to say to frenemies is “EAT A DICK!”

I feel really lucky to be surrounded by writers and creative people who inspire me.  They are there to pump me back up when things get black.

I Love and Prefer Going Out By Myself